About the Legislative Reference Bureau 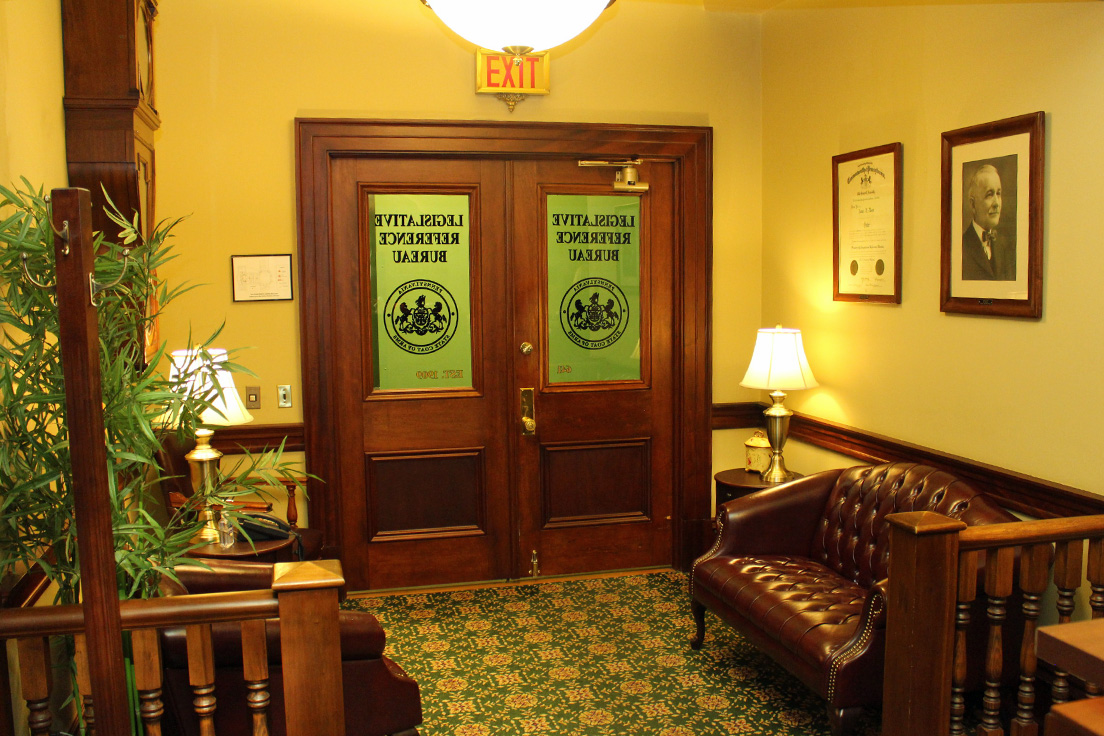 In a message to the legislature on January 5, 1909, Governor Edwin S. Stuart remarked that it is unreasonable to expect that members of the General Assembly should be able to prepare bills upon every subject that may come before the Senate or House of Representatives. To provide the legislature with every reasonable assistance, Governor Stuart recommended the establishment of a legislative reference department.

The Bureau was created for the use by the members of the General Assembly, the Governor, the heads of State agencies and, in certain cases, such citizens of the Commonwealth as desire to consult it. Speaking at the 15th Annual Meeting of the Pennsylvania Bar Association in June 1909, Pennsylvania Attorney General M. Hampton Todd highlighted the establishment of the Bureau as marking an epoch in Pennsylvania’s social development.

With a long and proud tradition of providing exceptional service and expertise, the Bureau prepares thousands of bills, amendments, resolutions and citations for introduction by the members of the Senate and House of Representatives during each two-year legislative session. For decades, the Bureau has been staffed by highly trained and skilled practitioners in the field of legislative drafting.

Interested in hearing more about our history? Click below to read our history and how we began.

Drafting Services to the General Assembly

For 110 years, the Bureau has drafted legislation for members of the General Assembly. In 1910, the Bureau’s first assistant director, James McKirdy, summarized many of the bureau’s duties, writing:

“…if any member so requests, we shall draft any bill for him that he may desire to introduce…one of our chief rules is never to urge nor to oppose any legislation in any manner, directly or indirectly. And to this end we shall draw a bill for a member solely in accordance with his instructions, taking extreme care however to see that it does not infringe any of the prohibitions of our state constitution. Therein we imagine we shall be of greatest service to our law makers.”

Pictured is the progression of an idea into a blueback, a document that is ready for introduction in the House of Representatives or Senate. The drafting process begins with a request, sent from a member or legislative staff, to a drafting attorney in the Bureau. The drafting attorney follows up with the member, if needed, to ensure that the member’s objectives are accomplished.

Once the drafting process is complete, the blueback is sent to the member for introduction. After a bill is introduced, the Bureau again becomes involved in the legislative process if a member or committee chooses to amend a bill. Amendments are drafted by the Bureau for members’ introduction and engrossed into a bill by the Bureau after an amendment is adopted.

Another function of the Bureau is furnishing advisory legal opinions to the members of the General Assembly and heads of State agencies. The Bureau does not issue rulings or binding legal opinions.

The Bureau proceeded to codify all regulations of State agencies and, in 1946 and 1947, published a volume consisting of more than 1,100 pages. The first volume was only half of the project, with a second volume planned for the regulations of the Department of Labor and Industry and the Pennsylvania Public Utility Commission. The second volume was never completed because the act authorizing it was repealed.

In 1968, the Commonwealth Documents Law was enacted to again give the Bureau the duty to publish agency regulations and place them into a system that ensured the published text was authoritative and up to date. It took more than ten years for this effort to be completed. Gary Hoffman was the attorney in charge of the vast amount of work. He was Director of the Pennsylvania Code and Bulletin office from 1969 to 2002. 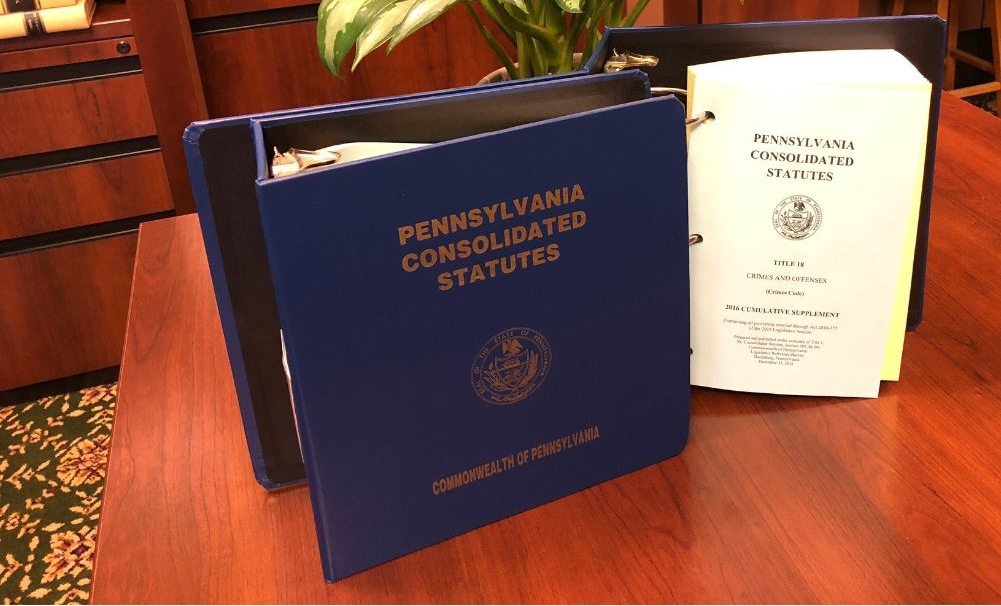 Since the legislative session of 1969, the Bureau has had the responsibility of editing and overseeing the publication of the slip laws and the Laws of Pennsylvania (Pamphlet Laws). In 1974, the Bureau was also given statutory authority to edit and issue an official publication of the Pennsylvania Consolidated Statutes, composed of 79 titles, arranged by subject matter. 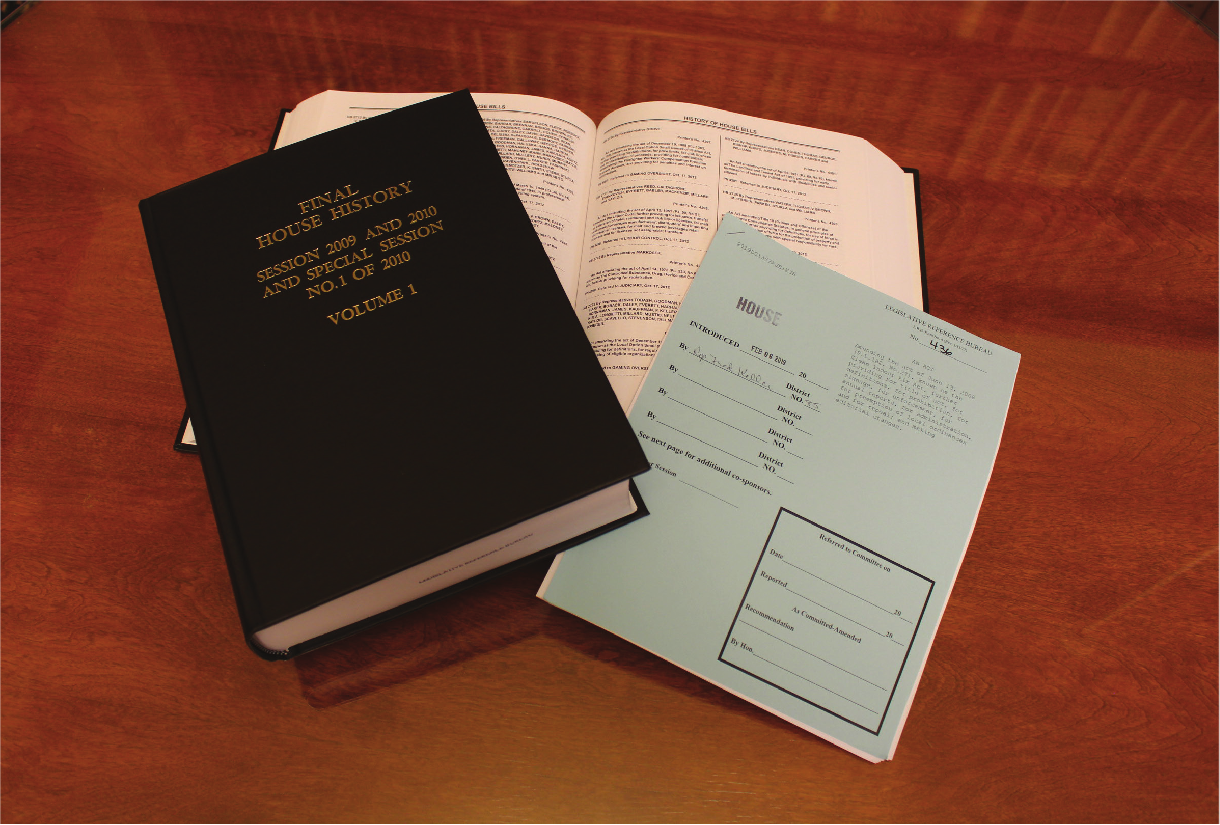 When the Governor signs, vetoes or fails to act on a bill passed by the General Assembly in the time prescribed by law, the Department of State transmits this information to the Bureau, and the Legislative History unit updates the history of the bills of the House of Representatives accordingly.

The project plan provides for incremental availability of the session laws. The first collection, the Statutes at Large, has been completed. The 18 volumes in this collection contain public and private laws of the Province and Commonwealth of Pennsylvania through the early nineteenth century. The second collection, the Smith's Laws, and the third collection, the Pamphlet Laws, are in varying stages of completion.

Session laws are displayed as originally enacted and do not reflect subsequent amendments, repeals or other modification. Text is in Portable Document Format, and a browser plug-in is required to view the documents. Adobe Acrobat Reader is a free plug-in which may be downloaded from Adobe Systems Incorporated.

The Legislative Reference Bureau is located in room 641 on the fifth floor of the Main Capitol Building in Harrisburg. The Bureau is open from 8:45 a.m. until 4:45 p.m. Monday through Friday, except for official State and Federal holidays and other days the Bureau is closed by direction of the Bureau Director.